“Earl is dead.”
What did she just say? I must not have heard her right, so I ask her to repeat herself.
“Earl is dead.”
The same words. She really said them. My hands begin to shake and my heartbeat speeds up to match my mind as it races around trying to decipher what that means.
No more concealer.
No more long sleeves.
No more alcohol induced seductions.
I hear a car door slam shut somewhere outside and jump with a squeak. Marianne is still talking into the phone, but I cannot hear what she is saying through the buzzing. The front door rattles as someone tries to open it. A cold wave of fear rushes through my blood, turning my
limbs to fragile ice.
It can’t be him. It can’t. Marianne said he was dead, and I believe her. She said she would take care of it and she did. She wouldn’t give me false hope. The door rattles again and the knob begins to turn but doesn’t get far with the dead bolt secure. Whoever is outside isn’t deterred and begins to beat relentlessly against the door. There is yelling and more pounding. It mirrors the thumping in my chest.
“Marianne,” I whisper into the phone. But she is no longer on the other end of the line. I drop the receiver and begin to panic in earnest. Screams leave my throat, high and long they echo of the walls. I back myself into a corner and sit hugging my legs as tight to my chest, burying my face into the V formed by my knees. In this position, I feel hidden and removed from whatever is
happening outside.
A loud crash and boots stomping over the wooden floor have me trying to hug myself ever tighter. I squeeze my eyes shut so hard the tears that refused to fall earlier leak out the corners and down my temples.
“Lucy!”
Earl roars my name and I know that this is the ends for me. The tears fall harder as I think about how Marianne tried to save me, and I worry what Earl will do to her after he finishes with me. I squeeze my legs and my eyes tighter.
A hand lands on my shoulder, but it’s gentle, soothing. Not pain inflicting like Earl’s touch. The sensation is so foreign to me that my eyes jerk open to see what new threat is here. Blaring light distorts my vision, but I notice right off that I am not at home. As my eyes adjust,
my hearing also comes back the buzzing fading away as the sounds in the room become clear. The beeping of a monitor and the false inhale of a breathing tube. I am in the hospital, again.
Marianne’s hand squeezes my shoulder letting me know she is there just like every time before. And just like every time before she tells me, “I’ll kill him, Lucy. I swear to God, I will kill that bastard.” 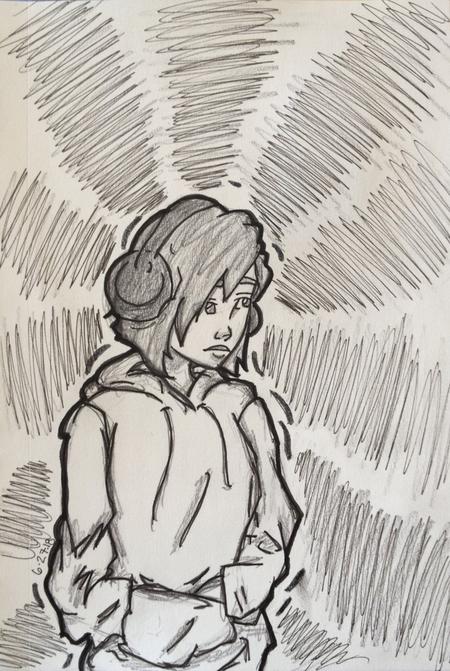 Every semester, East Fork's editorial staff holds a contest where one visual art submission and one creative writing or multimedia submission are chosen as the "Editor's Choice". Each of the two submissions chosen will receive a $25 Amazon gift card. The Issue 17 winners are below.