A note from the artist:

This collage was the first part of a two part process.

In this project, I am furthering my study in the use of color and light--along with the use of perspective lines and brush strokes--to create a sense of depth. I began this project by drawing a scene.
When drawing this scene, it was very important to create a dynamic image that followed perspective lines. Once I drew the scene, I began to work on the collage.
I stuck to a red, blue, yellow, and black pallet while creating the collage. The sun is the light source that creates a drastic contrast in the mountains that help with creating depth. This can be seen in the background mountains on the right side of the image. These mountains are hidden from the sunlight, thus they were mostly black to represent shadows or shading. Additionally though, this black also creates a greater sense of depth between the mountains and the island in the foreground. The warm colors used as highlights in the mountains also highlights the path of the perspective lines in the image.

East Fork's current editorial staff has launched a contest where one visual art submission and one creative writing or multimedia submission are chosen as the "Editor's Choice". Each of the two submissions chosen will recieve a $25 Amazon gift card. The Issue 15 winners are below. 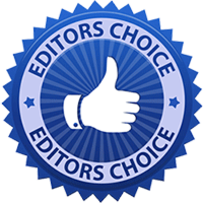 Our eyes meet
Brief
Across the table.​

I still want you.

My tongue
Is a battering ram
For the words behind my teeth.

It’s written
All [I] over my
Body.

Forbidden [Still] ink
Blots: Obvious,
[Want]
Or so
[You]
I thought.

But when you pack your things I just say,


I STILL WANT YOU